So just rolled back in from the BMR 2018.  What a blast.  I started off Wed am with a few buddies (Mad Stork, OG Pattyo,  Tim) .  We met our boy Seth on the route  and took our time getting down to Romney WV to meet up with the gypsy ride.  This year they had it at a proper campground as Buck’s Indian was unavailable due to a new born in their family.  The campground was AWESOME!  We grabbed some beers and burgers, caught up with some friends then sat down to watch the worlds fastest Indian.  Truth be told I only made it half way through the movie before I had to crash.  Thurs am the sun started to burn through the clouds and we off we went on an awesome ride through the mountains. After taking in the view at Seneca Rocks,  we hit Hellbender’s for some killer  tacos then rolled into Camp Kidd.

Within moments of getting to Camp Kidd,  mini bikes, panheads, shovels hit the dirt track. Once the sun went down, the traditional flaming ramp was “erected”.  Fenton was sure to get it started right – let’s just  say he nailed his first pass, his second…not so much!!!

Friday’s weather was a little less kind,  We caught some rain early but no one seemed to mind.   The Cycle Source crew just adapted the schedule and all was right in the world.  Once the rain stopped, we rolled down to Patriot 4 to watch a BMR first, mini bike jousting.   A bunch of laughs later, we all headed back to Camp Kidd.  The other BMR staple, tarp rides from the Brooklyn crew started up.  I hopped in and Joey Giggles gave me  a pretty good rip on the tarp!   Friday night was more of the same, spontaneous racing on the track, beer, flaming ramps, fireworks…the usual!

Saturday brought awesome weather.  The campers rolled off to see the blackwater falls but a few of us split over to the Riverside Tavern for a shit ton of laughs!!  We blasted back just in time to catch the biker games  – slow races, wiener bite and slippery board race.  Then more racing – first mini bike drags,  then one of the coolest races I’ve seen at BMR,   Squirrel and his wife Tracy  vs. Bob Streets and Andrea racing with sidecars on the dirt track.  These guys were going at it HARD.  It was a photo finish with Squirrel taking the checkered flag!   The funniest race by far was a twin cam bagger vs. a gas RC car.  I almost pissed my pants when the bagger stalled and the kid drove the RC car over to the bike and proceeded to do doughnuts kicking dirt all over the bagger.     Funny shit right there!  As the day worn on, the bands started playing, moonshine was drunk, wheelies were popped, and flaming ramps were jumped again!   We crashed kind of early since the rumor was bad weather rolling in so we wanted to get ahead it in the am

Sunday am was a bit overcast…we packed up the bikes and said our goodbye’s to those who were up and hit the road.  The ride home SUCKED!  Rain almost the whole way, but I’d do it again in a second!    As I pulled in the drive way I started counting the days to the next one!!   Thanks again to the Cycle Source Crew for once again putting on a killer event!  Follow @thebigmountainrun to stay current on the latest with the run!  see you there!!!! 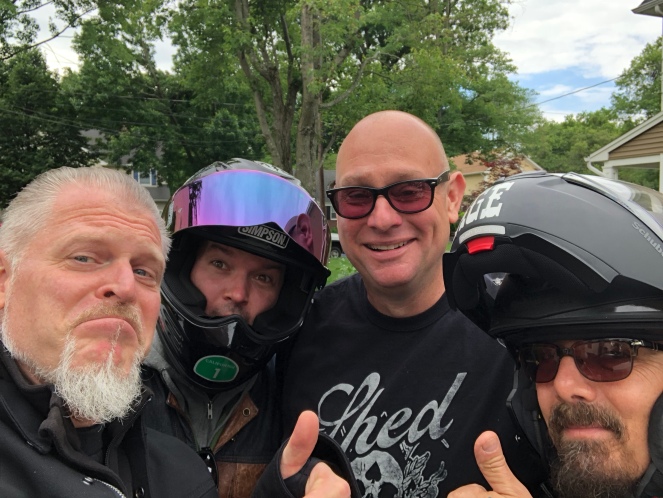 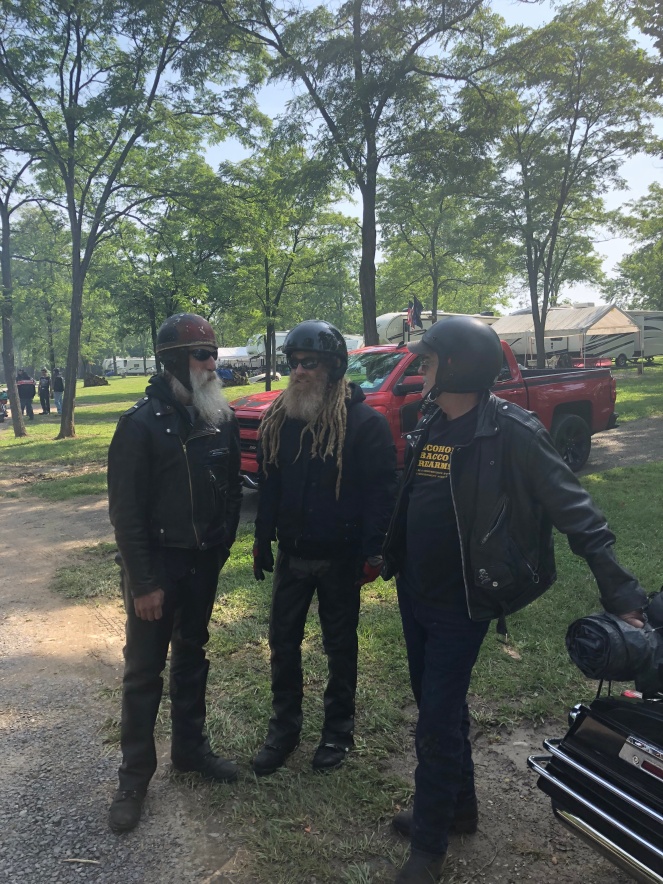 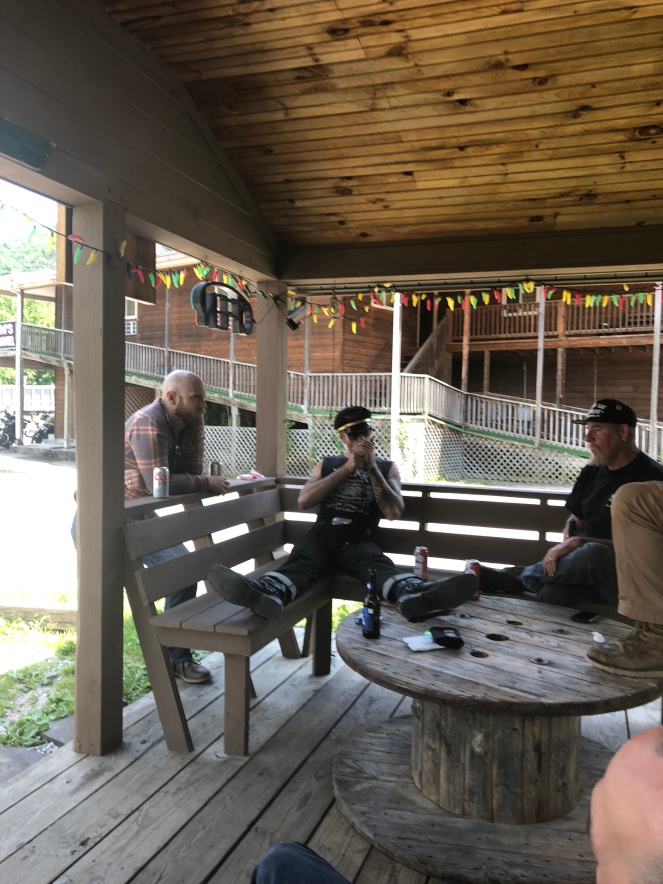 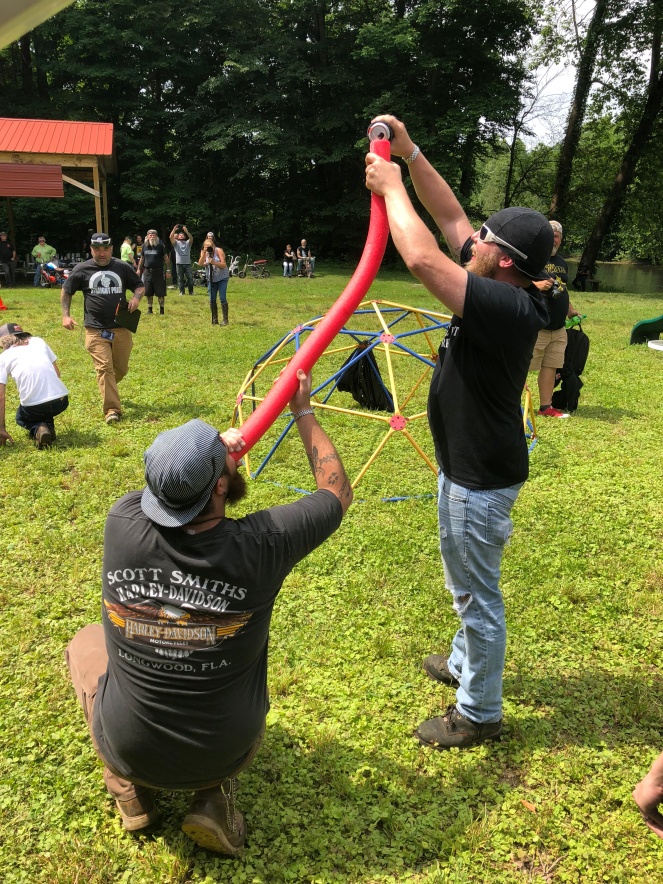 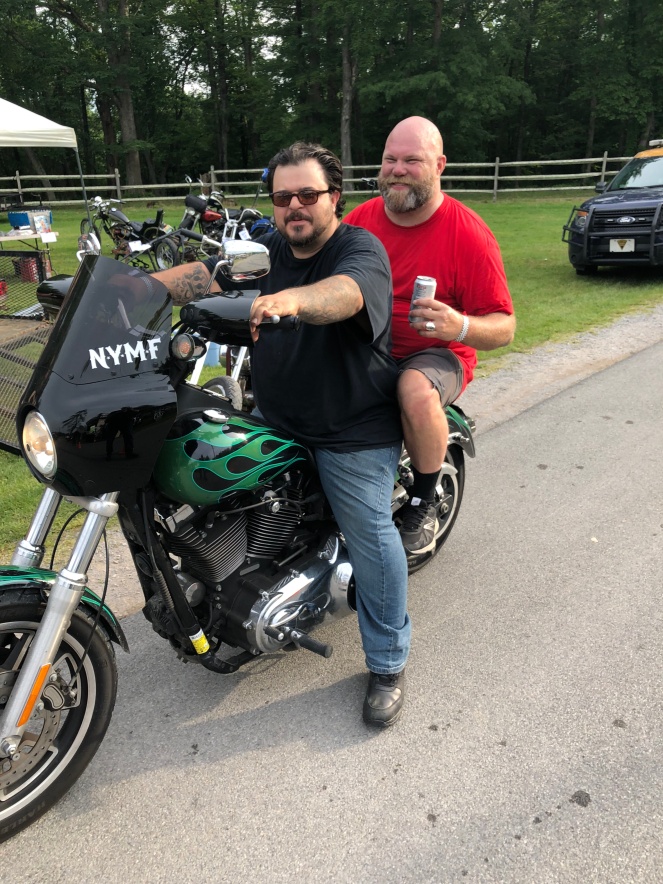 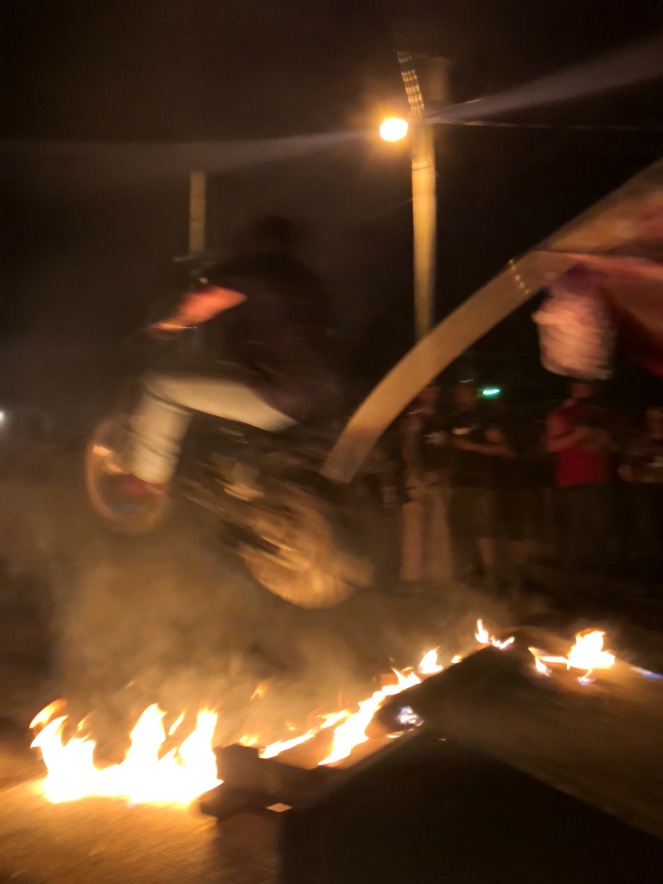 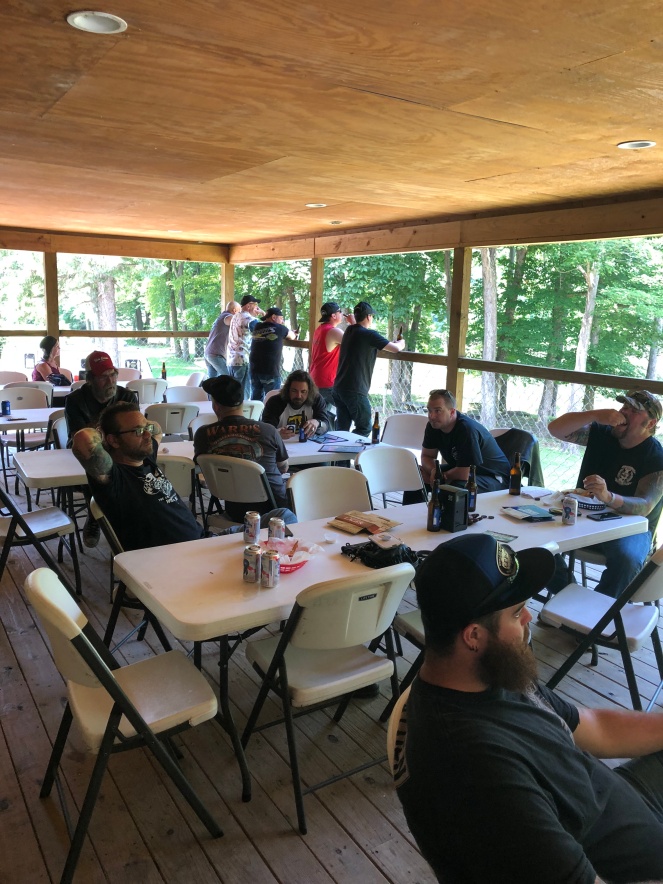